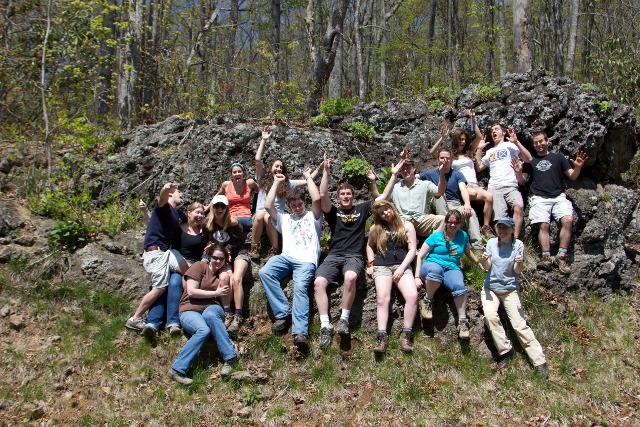 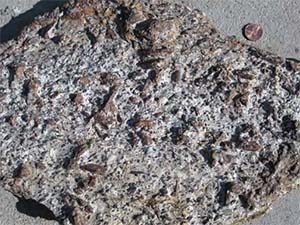 Pelitic schists are in outcrops on the north side of the road and under the NC221 Bridge by the New River in Ashe Co, north of Boone, NC. Abbott and Raymond (1984) identify three zones within amphibolite facies conditions recorded by different combinations of kyanite, biotite, garnet, and staurolite coexisting with plagioclase, quartz, and muscovite. The schists at the 221 outcrop contains +/- sillimanite, kyanite, biotite, garnet, and staurolite porphyroblasts up to 1+ centimeters.

Ultramafic bodies can be categorized into 5 groups based on mineral associations of: 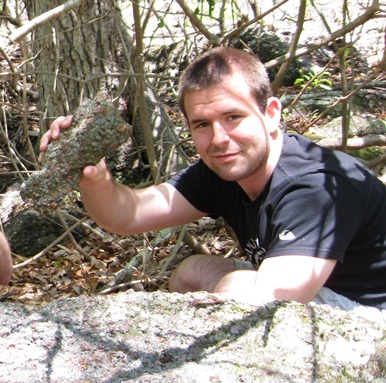 The variation in mineralogy is likely due to hydration and recrystallization reactions.

Eclogite (garnet + omphacite + quartz + rutile) occurs locally near the base of the thrust and records high-grade, eclogite facies conditions of 13-17 kbars and 625-790 C. Eclogite Stop 1 has smaller crystals, but parking is considerably easier than at the Optional Stop where parking can be problematic, particularly for large groups. 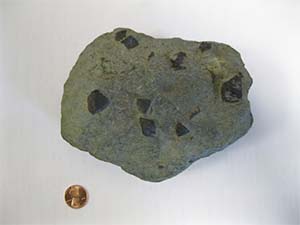