We are saddened to hear that Dr  B. Charlotte Schreiber, former GES affiliate faculty, has passed away. Over the course of her life, Dr Schreiber touched many and improved our understanding of evaporite sedimentology. See Jody Bourgeois' commemoration of Dr Schreiber's life below, and visit her memorial website here.

Professor Emerita B. Charlotte Schreiber passed away on 17 July 2020 after a brief illness. Retired from Queens College CUNY since 1993, Dr. Schreiber remained professionally active until her death. She is most widely known for her groundbreaking work on Messinian evaporites in the Mediterranean Basin, on which she continued to work up through recent years. Other 21st century research ranged from Martian evaporites to Chinese travertines, from the Miocene of Lake Mead to the Devonian of Canada. Her work inevitably involved interdisciplinary and international colleagues, many of whom she personally brought together to address new questions and ideas.

Charlotte was born on 27 June 1931, in Brooklyn, NY, to Herman and Eugenia Warembat, first generation immigrants from Poland. As a teen she attended Hunter College high school, at the time for girls only and well known for fostering smart young women in the sciences. She then earned a bachelor's degree in geology in 1953 from Washington University in St. Louis. She subsequently married, raised two daughters, and then returned to graduate school, earning a Masters in 1966 from Rutgers University and a Ph.D. in 1974 from Rensselaer Polytechnic Institute, followed by an NSF Postdoctoral Fellowship at Imperial College, London.

Between her advanced degrees, Charlotte worked in various laboratory and teaching positions in the New York area. In 1974 she joined the faculty at Queens College in New York and from 1978 forward held concurrent research associate positions at Lamont-Doherty Geological Observatory of Columbia University. After retirement she affiliated first with Appalachian State University in Boone, NC, and since 2006 with the Department of Earth and Space Sciences, University of Washington in Seattle.

In 1994, Charlotte Schreiber received the Outstanding Educator Award of the Association for Women Geoscientists. In addition to her formal record of teaching and of graduate-student supervision, Charlotte mentored untold numbers of students, from undergraduates on a Sicily field trip to graduate students working over a broad range of disciplines. For her 80th birthday and again following announcement of her passing, testimonials poured in expressing appreciation for her caring and wise guidance.

In 2006, Charlotte Schreiber was awarded the Sorby Medal, the highest honor of the International Association of Sedimentologists, awarded only once every four years to a scientist of eminent distinction in sedimentology. This award recognized her groundbreaking and continued expert contributions to the study of evaporite facies, mineralogy, and diagenesis. She was one of the first to think of and interpret the formation of evaporites from a depositional environment and facies point-of-view; she also did pioneer work on the detailed properties of halite. Other fundamental work included systematic description of organic matter commonly associated with the deposition of carbonate and evaporite in hypersaline environments. She also made critical contributions in examining diagenesis of siliciclastic rocks, dolomitization of carbonates, and deposition of lacustrine strata.

Over her career, Charlotte Schreiber co-wrote and co-edited several short courses and reference volumes, of which the most recent was the 2007 Geological Society of London volume, Evaporites Through Space and Time (with Stefano Lugli and Maciej Babel). With Walter Dean, she generated the first SEPM Short Course on evaporites (1978) and continued to write and teach the fundamentals and applications of evaporite sedimentology to innumerable students and professionals at meetings and in industry. In addition, she was an invaluable Associate Editor of three major journals publishing scientific papers on evaporites and carbonates: Sedimentology, Journal of Sedimentary Research and AAPG Bulletin. She was well-known and appreciated for her generous scientific and editorial assistance, as she helped bring the work of researchers from many countries to a wider scientific audience.

Charlotte's hospitality was legendary. Colleagues and students from around the world would find her home a welcoming way station, her office a stimulating environment, and a hosted dinner with colleagues and friends a fascinating evening. Her scientific and social network was continually expanding and diversifying, and those in it developed new relationships and gained new insights from what can appropriately be called, "Charlotte's web."

B. Charlotte Schreiber's obituary and also an opportunity to share tributes, stories and pictures can be found here: www.forevermissed.com/charlotte-schreiber/about 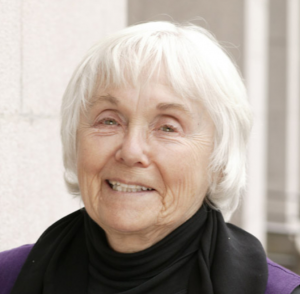 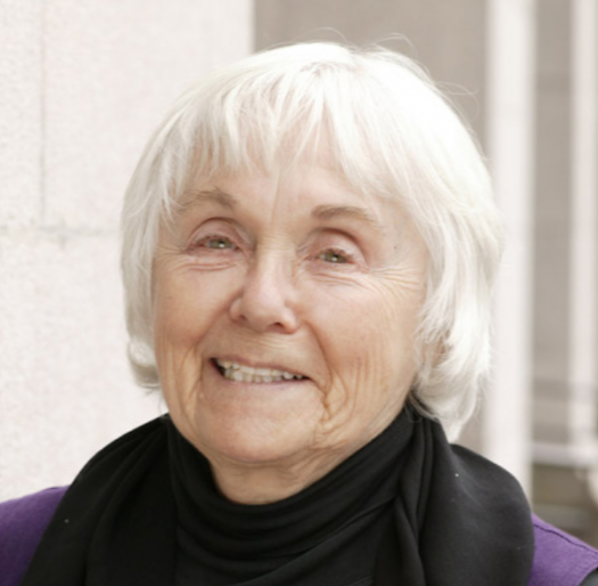