We usually like to annouce our student awards in style: surrounded by friends, great food, proud speeches, plenty of applause and celebratory handshakes. This year was a little different. With everyone off campus confined to their homes and waiting for the health crisis to pass, we had to resort to virtual annoucements of student awards on our social media platforms. And while we traded our fancy clothes for "lounging" wear, speeches for posts, and a catered menu lovingly selected by Lauri Miller for unhealthy late night snacks, we hope that the pride we feel for these students reached them wherever they are weathering the storm. This year's awardees have excelled in academic courses, research, leadership and service to the department, and many of them in every one of these areas. They serve as role models for their peers and our department is better because of them. Congratulations everyone! The winners of the 2020-2021 GES Student Awards are...

The Distinguished Senior Awards are given to seniors who have had strong academic achievement, ample service to student colleagues and the department, and other meritorious activities. To be eligible, students must have a GES GPA greater than 3.00. 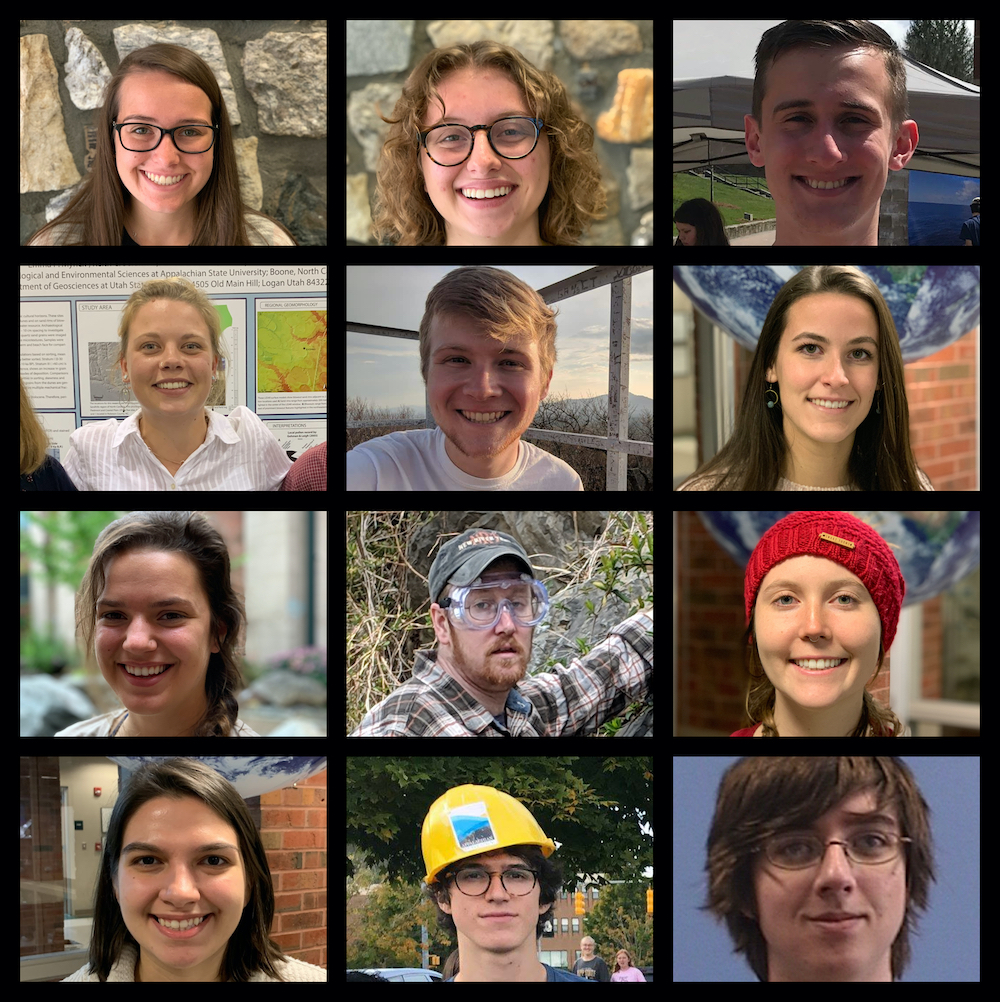 The Distinguished Senior Awards are given to seniors who have had strong academic achievement, ample service to student colleagues and the department, and other meritorious activities. To be eligible, students must have a GES GPA greater than 3.00. 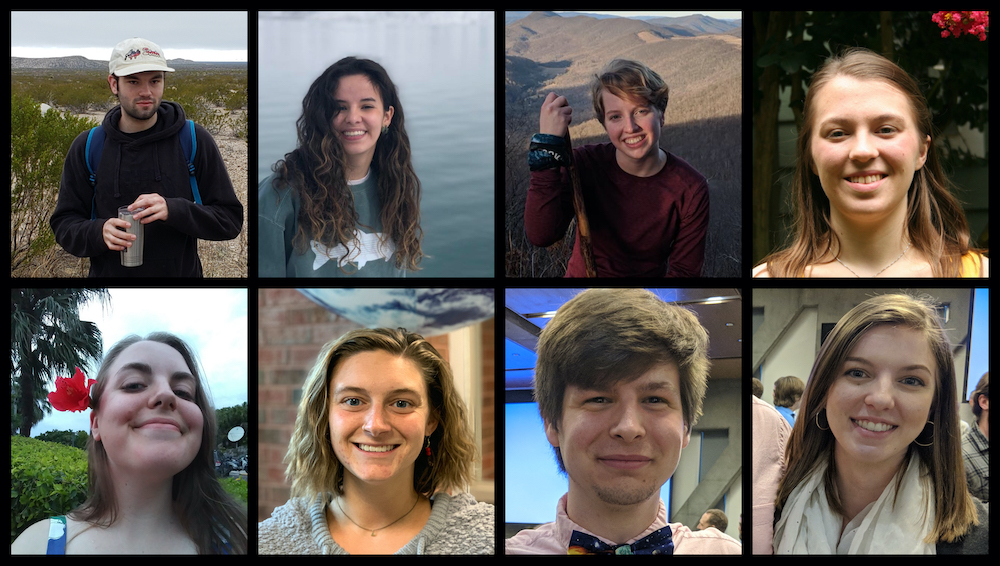 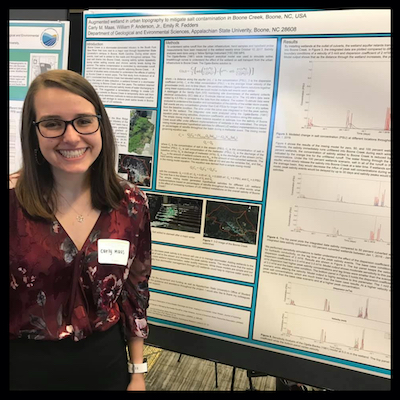 The Quantitative Geoscience Award goes to a student with a geology GPA greater than 2.7. Performance in Geophysics, Hydrogeology Engineering Geology and other quantitative science courses, including independent research, will be the criteria on which this award is based. The awardee receives a student edition of MATLAB. 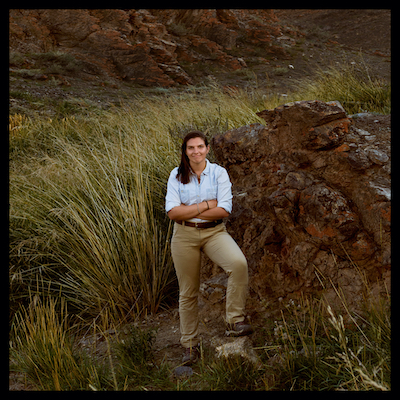 The Outstanding Field Geology Student award goes to a student with a geology GPA of greater than 2.70. Performance in field work in GLY 2745 – Preparation of Geologic Reports, GLY 3150 – Principles of Structural Geology and Tectonics and GLY 3800 – Introduction to Stratigraphy and Sedimentology are major criteria on which this award is based. The award varies year-to-year in accordance with investment performance. This year’s award winner receives a cash prize of $500 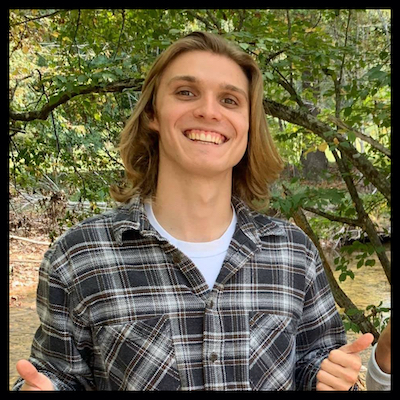 The Mineralogy Award is determined on the basis of a student’s performance in GLY 3220 – Fundamentals of Mineralogy and/or GLY 3715 – Petrology and Petrography. The student must be participating in research related to mineralogy, geochemistry, petrology or a related field. The awardee receives an Estwing rock hammer 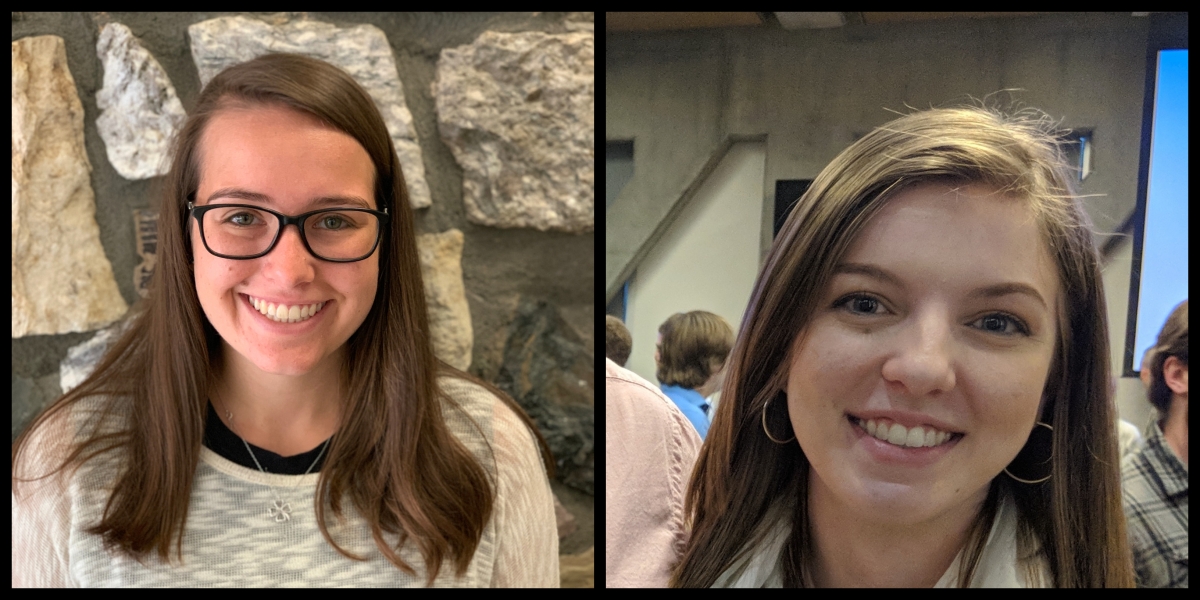 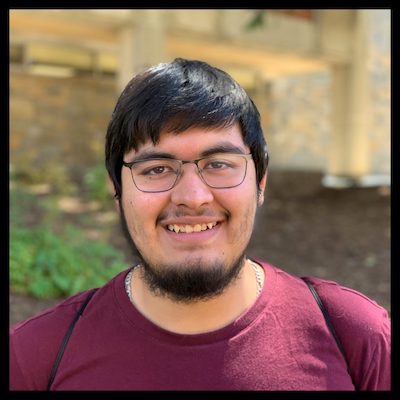 The McKinney Paleontology Scholarship was established in 2011 in honor of Dr. Ken McKinney’s contributions to paleontology and the Department of Geological and Environmental Sciences at Appalachian. This year’s winner will receive $500. 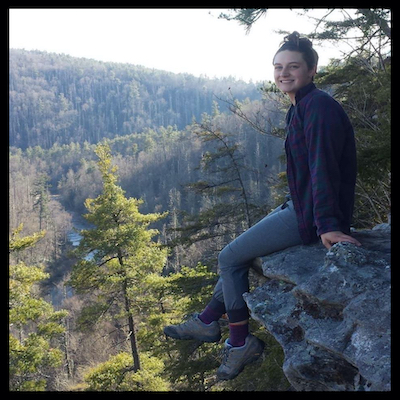 The Roy Sidle Award for Outstanding Achievement in Environmental Science Research, recognizes a senior student who has a GPA of greater than 3.0 and has demonstrated exceptional achievement in student research, as demonstrated through active, positive, and sustained membership in a research team or teams at Appalachian or elsewhere (e.g. REU, International, etc.). This is purely an academic achievement award and should be weighted heavily to the student’s potential for productive and valued research at the graduate level and beyond. The winning student will receive a Rite-in-the-Rain pack.

The Outstanding Senior in Environmental Science Award recognizes students with strong academic performance and achievement in research, service, internships, work abroad, outreach, and/or other forms of engagement or leadership. The Outstanding Senior Geology Major Award is given to a student who has an overall GPA greater than 3.0, has taken an average of 14 hours per semester, has placed a higher priority on geological rather than other activities, has participated in extra-curricular geology activities such as field trips, has attended professional meetings, and has demonstrated a level of interest in the profession beyond that expected in formal classes. Award winners have their names placed on a granite plaque on the wall outside the McKinney Museum and will receive an Osprey backpack. 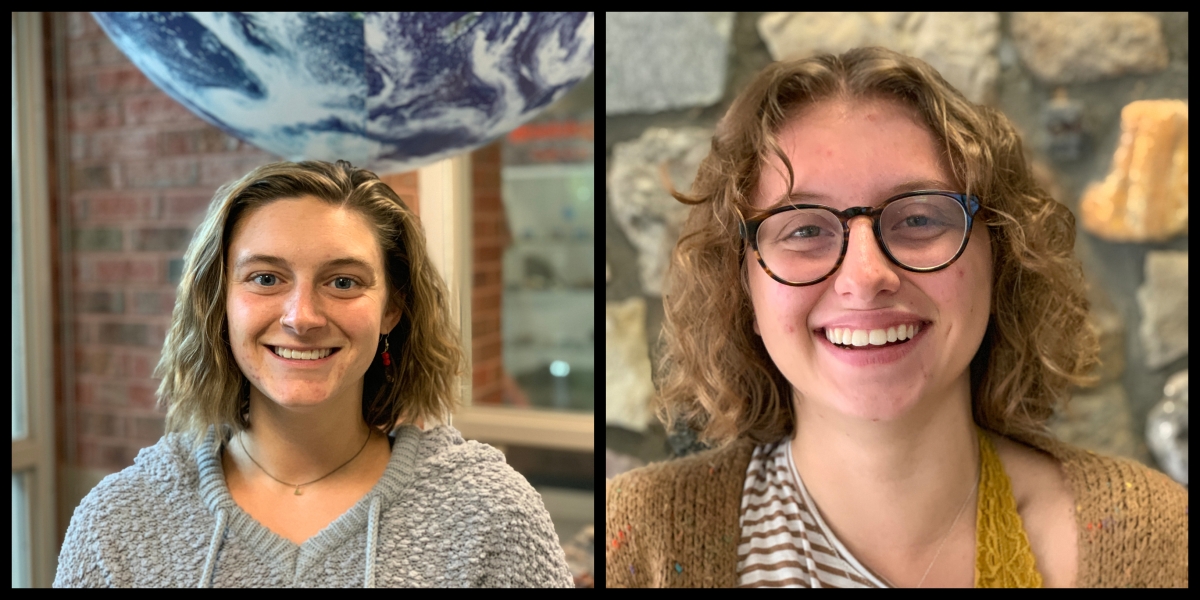 The Outstanding Leadership Awards recognize GLY and ENV students with the highest potential for successful leadership in an academic or professional career. Winners frequently held a leadership position(s) in an academic, intramural, and/or extramural organization(s). They also served as examples of a strong scholarly ethic, with the demonstrated ability to lift a group of peers to a higher level. This year’s award winner will receive an executive bag. 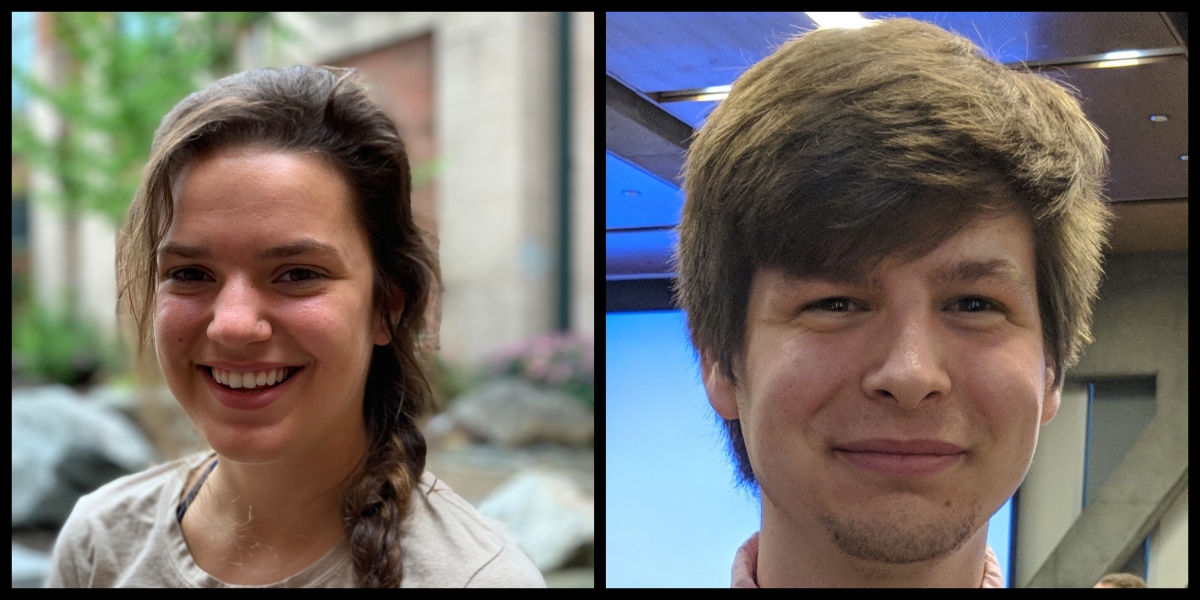 This scholarship goes to support field-based research by a junior or senior in the broad fields of petrology, structural geology, stratigraphy and geologic mapping. The awardee must supply a project proposal, a budget and a letter of support from a faculty member who will be the student’s research advisor. This year’s winners will each receive $500. 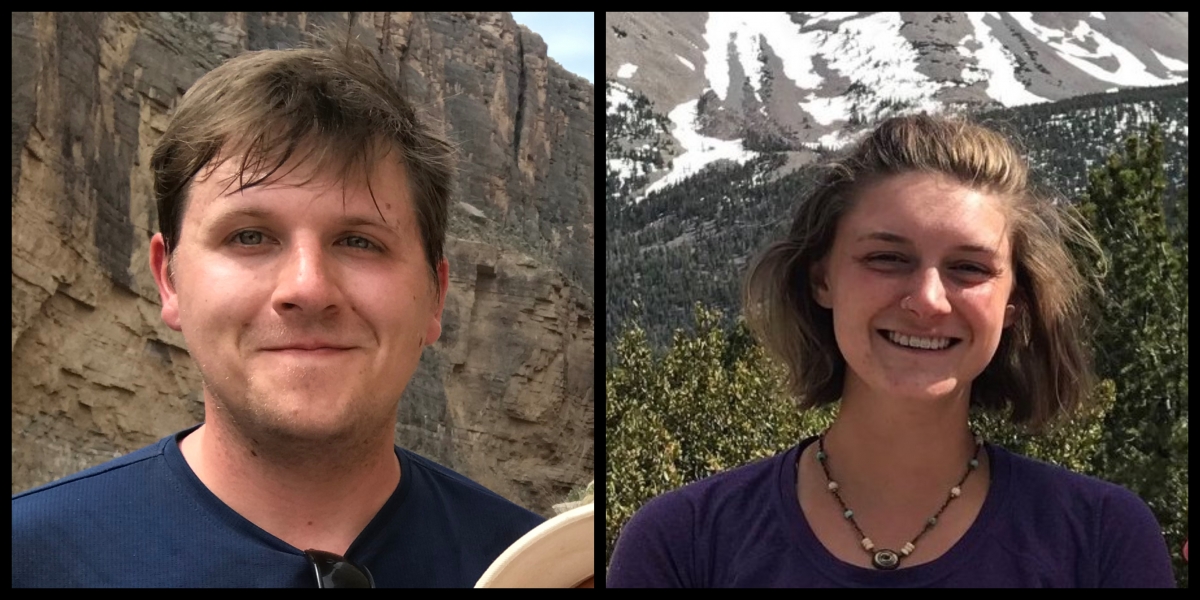 The Mark DeBroder Memorial Scholarship was started by Mr. Glen DeBroder in memory of his son, Mark, who opened the EspressoNews coffee shop in downtown Boone in the 1990s. GES faculty, staff and students were, and still are, such regulars at EspressoNews when it opened in 1994 that Mark was named an honorary member of the department. The scholarship was endowed by Mark's father, the late Glen DeBroder, in recognition of this link. The scholarship is typically awarded to a rising senior. With the growth of the endowment, however, this year we will be honoring two DeBroder Scholars. This year’s winners will each receive $1600. 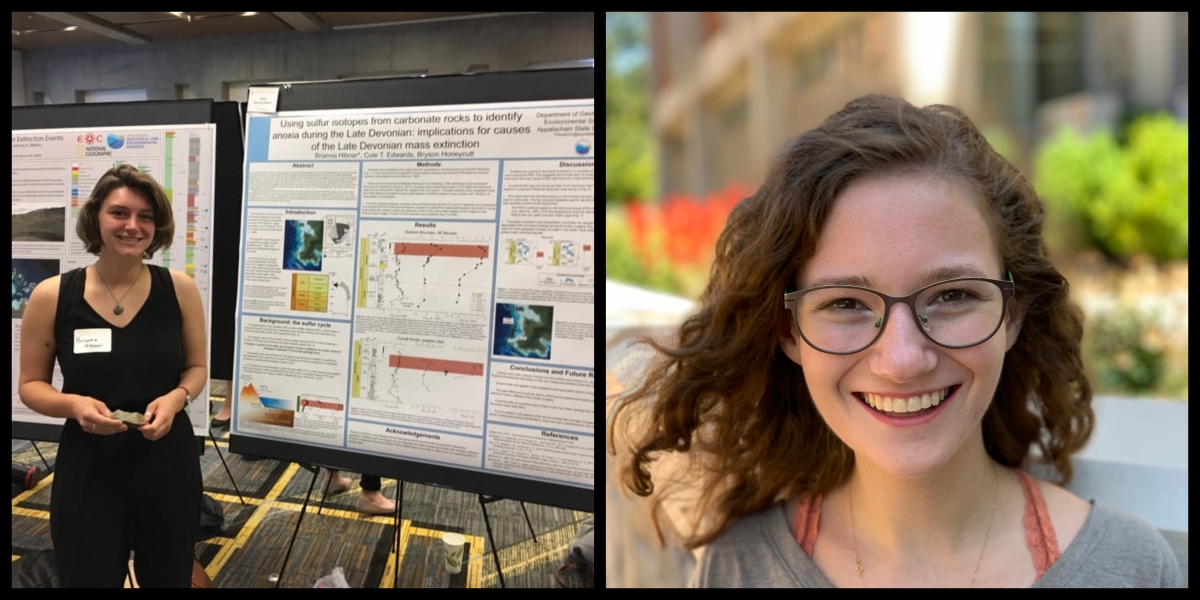 The Department of Geological and Environmental Sciences offers undergraduate research assistantships to Geology and Environmental Science students. Awards are made based on nominations by the GES faculty, who vote on the recipients of the awards. The number of funded URAs varies by year based on funding, and awards may be given to a GES student at any point in their career. URAs are awarded primarily on the basis of superior academic performance and promise as a professional. Awardees are given $1000 per semester and are expected to (1) do mentored research for at least 5 hours per week, (2) attend the weekly GES seminar on Friday afternoons, and (3) be active in the department. Awardees must also remain in good academic standing while holding the URA. Once supported by a URA, awardees typically hold these assistantships until graduation as long as expectations are met.

The Lloyd L. Hobbs Scholarships go to rising juniors or seniors majoring in an area of the physical sciences within the College of Arts and Sciences. The Department of Geological and Environmental Sciences awards two of these scholarships, one to a geology major and one to an environmental science major. Nominations are made by a GES faculty member, and the winners are approved by the GES faculty. Nominees must demonstrate and maintain satisfactory academic progress and have at least a 3.0 GPA. The award amount varies in accordance with investment performance. This year’s winners will receive $1007.40. 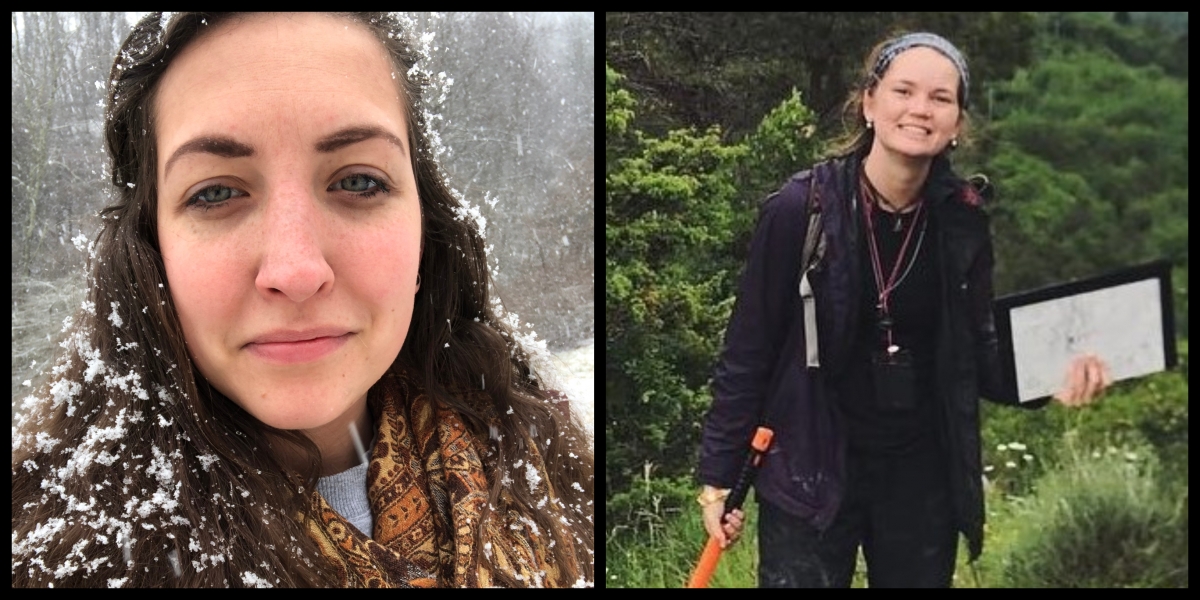 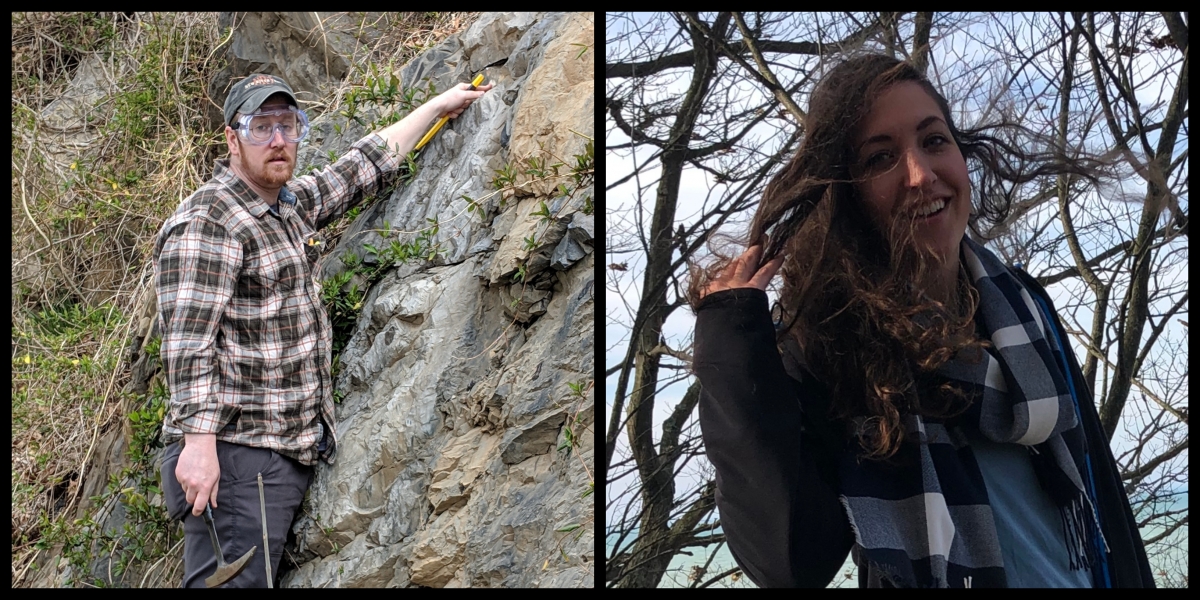 The criteria for this award include major GPA, enthusiasm, performance as a student teacher, and promise as a professional. The awardee receives a cash prize of $250. 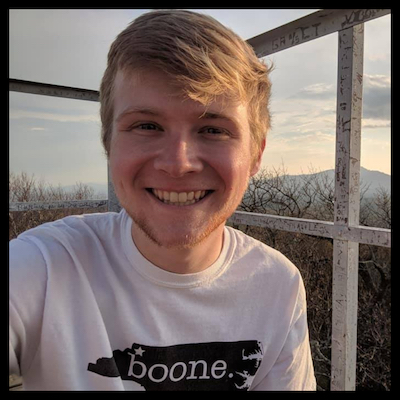 The Outstanding Junior Environmental Science Award is meant for an environmental science major who shows promise of being an outstanding senior. An overall GPA greater than 3.0, and performance in ENV 3105 – Preparation for Environmental Science Careers (WID) and ENV 3560 – Undergraduate Research will be the main criteria on which this award is based. The award amount varies in accordance with funding availability. This year’s award winner receives a cash prize of $500. 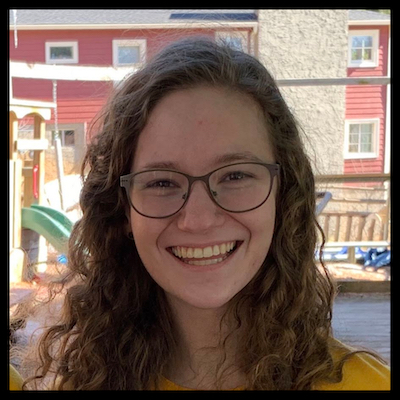 And last but certainly not least, here's to the next wave of GES stars!

Promising New Major Awards go to new GES majors who have completed GLY 2250 – Evolution of the Earth and who show promise of being a successful major in GES. An overall GPA of 3.0 or greater and performance in introductory geology, environmental science, GLY 2250 and other science courses, including independent research, will be the criteria on which this award is based. The non-cash award varies year-to-year. This year’s awardees will receive a ‘Rite-in-the-Rain’ field pack, which can be picked up from Lauri Miller in the GES Department Office once we reopen. 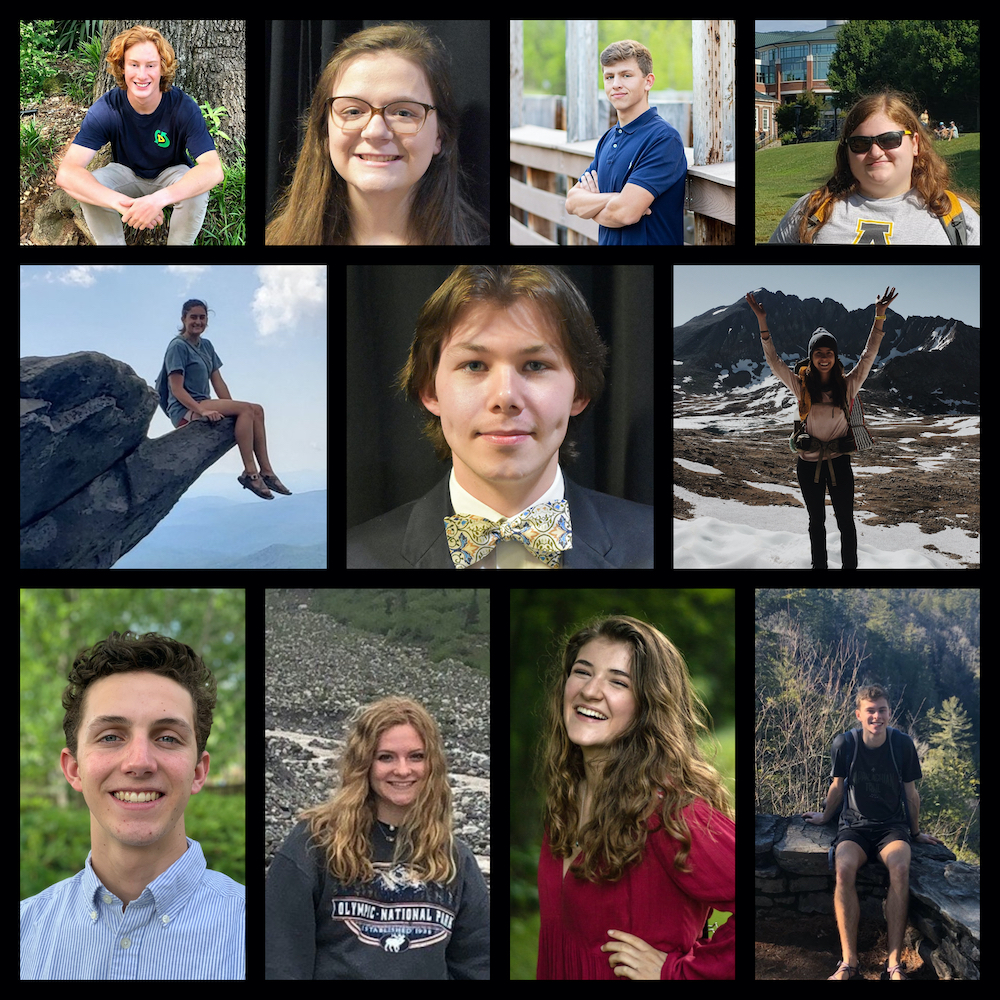 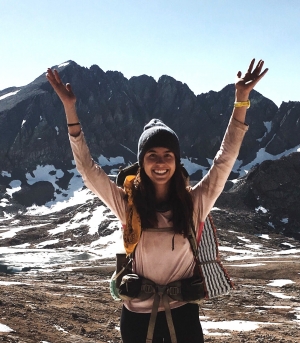 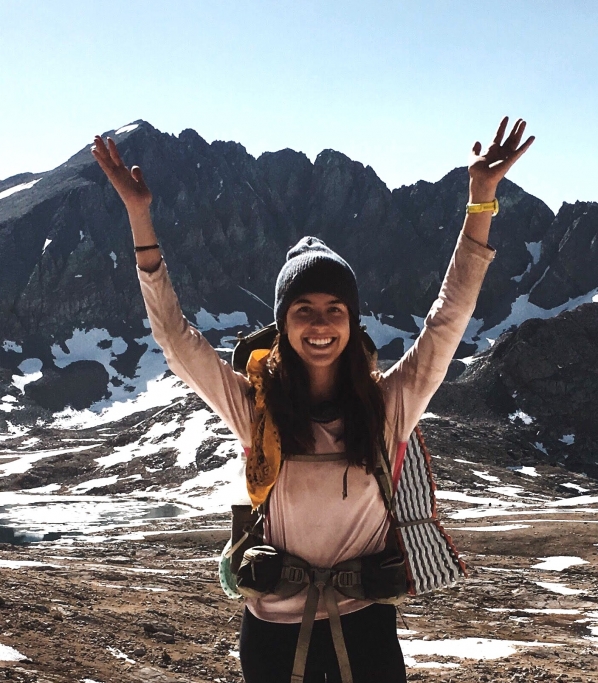