Brian has been with the Geology Department since 2008 and has taught a myriad of labs, introductory lectures, and freshman seminar. He researches volcanoes and volcanic deposits and is currently working, in conjunction with Dr. Cynthia Liutkus-Pierce, on a set of ancient human footprints preserved in volcanic ash in northern Tanzania. He is a leader of the Land of Fire and Ice GES 1103 trip to Iceland and won the 2015 Teaching Excellence Award (non tenure-track) in the College of Arts and Sciences as well as a 2021-2022 Board of Governors Teaching Award.

You will most likely see Brian in his office, but you may also run into him around campus, feeding the ducks at Duck Pond, at the climbing gym, or juggling with the Appstate Juggling Club on Sanford Mall. Stop by and say hello. 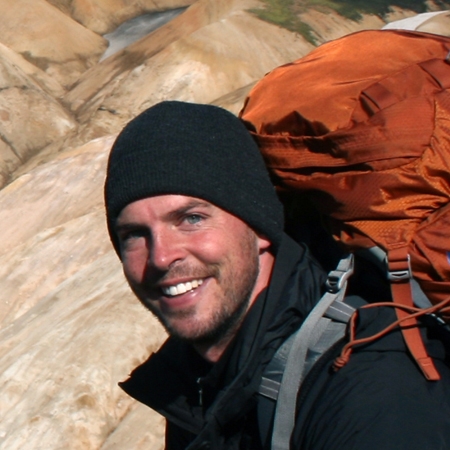